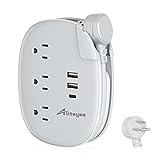 Americans are dealing with a surge in murder, violence and crime. According to FBI data, murders in the United States increased by 30% in 2020 over the previous year and violent crimes jumped by 5.6% for the first time in four years. While the numbers are still below historic peaks, the statistics have left many people wondering where they can go to feel safe. SafeWise—a safety and home security site—just released a timely report on “The 100 Safest Small Towns in America for 2021.” The report also looked at the 100 most dangerous small towns in the United States.

Why small towns? “The draw of idealized Normal Rockwell communities may be growing as headlines continue to highlight big crime in big cities across the country,” says Rebecca Edwards, a security expert, safety and tech reporter for SafeWise. Plus, according to the 2020 Census most Americans tend to live in small towns. And during the pandemic, more and more Americans have been fleeing big cities for simple, small town life.

To rank the safest and most dangerous small towns, SafeWise analyzed data from the FBI from 2019 (the most recent year for which complete data was available). SafeWise defined a small town as a place with 5,000 to 15,000 people. Populations greater than 15,000 people and fewer than 5,000 people were excluded.

This is not the first time that SafeWise has done this report, and there were some notable differences from last year’s report. The good news: There was a 17% decline in property crimes compared to the cities that made the list last year. And among the 100 cities on this year’s list, there were six murders total, down from nine the previous year—a 33% drop. The bad news: SafeWise reports that there was a 38% rise in the violent crime rate among the safest small towns on this year’s list.

So what else makes the five safest small towns similar? SafeWise’s answer: “Almost nothing.” These towns are scattered across the country, from Idaho to Michigan to Pennsylvania to New York. The populations range from 5,300 to over 12,500. The median household income ranges from around $36,000 per year to over $158,000. The percentage of residents living below the poverty line ranges from 4% to 22%. And the percentage of residents with a high school diploma ranges from 75% to 91.5%.

But even small town America isn’t immune to crime. Set on the shore of San Francisco Bay between Berkeley and Oakland, Emeryville, California ranked as the most dangerous town in America. It also reported the highest number of property crime incidents in 2019. According to Safewise, your risk of being a victim of property crime in Emeryville is nearly one in five, while your risk of being a victim of motor vehicle theft is one in 109.

Read on for the top 10 safest and the top 10 most dangerous small towns in America. To see the entire list of the 100 safest and the 100 most dangerous small towns in America, you can find the full report here. (And a note: SafeWise used the terms “safest” and “dangerous” to refer to crime rates calculated from FBI data. “No other characterization of any community is implied or intended,” says SafeWise.)

Note: There was a five-way tie for number one, listed in alphabetical order.

1. Emeryville, California (also had the highest property crime rate in the U.S.)

2. Sauk Village, Illinois (also had the highest violent crime rate in the U.S.)

Traveling To Florida? You Need To Know About This New Law

Escape From The U.S.: How To Move To Canada

Welcome To The New LaGuardia Airport: Take A Look

What It’s Like To Travel To Disney World Right Now

What Do Americans Drink On Vacation? This Study Will Surprise You