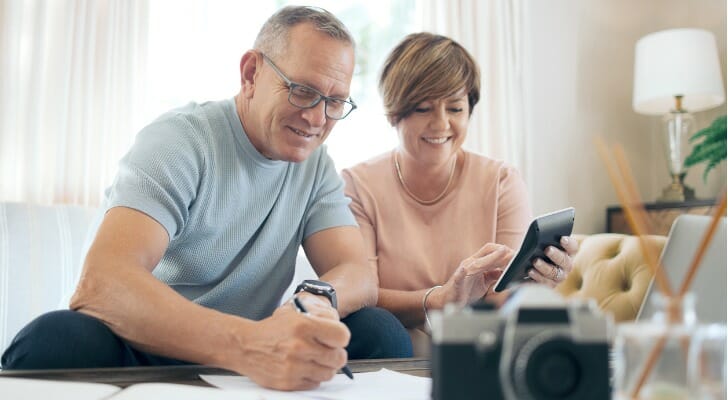 A study by T. Rowe Price has found that the age at which you start saving for retirement can make a huge difference in the amount you will have accumulated by the time you retire. The study compares the effect of starting to save at age 25 with the effect of starting to save 15 years later. Consider working with a financial advisor as you make a plan to save up for retirement.

Overall, only 40.5% of Black workers and 31.9% of Hispanic workers in the private sector participated in a retirement plan, compared with 57.7% of their white peers. However, that participation gap narrowed significantly when accounting for reduced access to a retirement plan among non-white workers.

T. Rowe Price found significant gender differences as well. The median 401(k) account balance among women was just $21,600, which is less than a third of the $62,000 median balance among men. And the report also showed that the savings gap between men and women also appeared to increase.

Folks in the 50-to-64 age group cited saving for retirement as a major financial goal more often than younger workers did. “In middle age, retirement grows nearer, yet many savers feel competing financial demands most intensely during those same years – from servicing a mortgage to paying for a child’s college education to helping support elderly parents.”

Besides race, gender and age, an often-underappreciated factor that determines how successful people are in preparing for retirement has to do with when they start saving. “In a recent research study, we found that 38% of white 401(k) participants said they started saving before age 30, compared with only 18% of Black and 29% of Hispanic participants,” T. Rowe Price said. “More than 30% of Black and Hispanic participants who responded to our survey said they didn’t start saving for retirement until age 40 or later.”

The firm found your retirement plan should incorporate early saving. Even a modest start to saving for retirement at the beginning of one’s career can make a seven-figure difference in the size of your nest egg compared to what you would have accumulated if you had waited 15 years to start saving.

The firm assumed an annual rate of return for both examples of 7%, which is lower than the average annual return for the S&P 500 Index between 1957 and 2021. All savings are assumed to be tax-deferred.

When people start to save for retirement is critical, as it can make a huge difference in whether they get on track toward achieving their retirement objectives. Once lost, the opportunity to start saving early can never be regained. The T. Rowe Price report shows one hypothetical, but realistic, scenario in which you can retire with an extra $1 million – if you start in your mid-20s.

A financial advisor can offer valuable insight and guidance as you save for retirement. Finding a financial advisor doesn’t have to be hard. SmartAsset’s free tool matches you with up to three financial advisors who serve your area, and you can interview your advisor matches at no cost to decide which one is right for you. If you’re ready to find an advisor who can help you achieve your financial goals, get started now.

Use our no-cost retirement calculator to get a quick estimate of what, based on your age, income, monthly savings and other factors you can expect to receive when you retire.