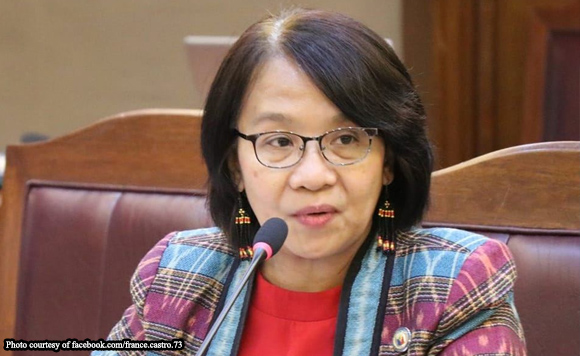 Castro noted that the House Committee on Government Enterprises and Privatization has already approved the proposed Lowering the Optional Retirement Age of Government Workers Act (House Bill 206) early this week.

The current optional retirement age is 60 and the measure seeks to lower it to 56.

The lady solon said similar measures were filed before the Senate by Senator Win Gatchalian (Senate Bill 944) and Senator Joel Villanueva (SB 935) while a bill lowering the optional retirement of public school teachers (SB 908) was filed by Senator Sonny Angara.

“We should allow government employees who need to retire early due to ailments and are in need of intensive medical attention. There are also a lot of cases of burnout, especially in the teaching profession, due to the mountains of workload they have to perform,” Castro pointed out.

Castro said the measure was first filed in the 16thCongress. It was approved on third final reading by the House in the 17th and 18th Congresses but the Senate failed to approve the same.

“We hope that the House of Representatives can pass this bill in 3rd and final reading for the last time and that fellow lawmakers in the Senate take concrete steps, prioritize this measure and ensure its swift enactment to law,” she added.