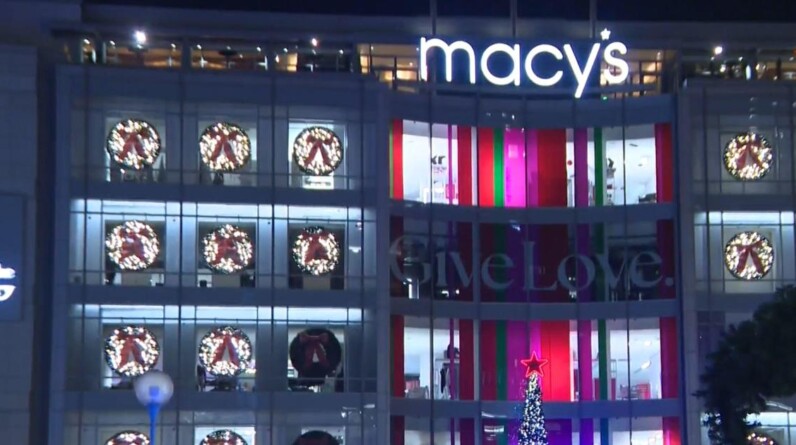 SAN FRANCISCO — To some, Black Friday means camping out and waiting in lines to score bargains in the overnight or morning hours.

Others say they’ll be filling up their carts from the comfort of their couch all week long.

It seems like it’s hard to define when Black Friday starts and when it ends, because there are always discounts and sales during this time.

Nishat Khan of San Francisco said she didn’t wait for Black Friday to score some AirPods that were on sale at Target last month.

When asked when she received her first sale alert email:

“I got it about early this month itself, they said Black Friday – whole month, end of the year, even Amazon said that returns are til February 2023,” Khan said. “We were just skating right here at Union Square and we were planning to get into Macys, but I don’t see any hustle in there, so we were just debating, he was like let’s wait til midnight.”

But this year, there is no midnight rush at big box stores or the mall. In recent years, Macys and other popular stores chose to close their doors on what was once a major shopping day – Thanksgiving.

The Best Buy in Colma did have barricades set up on Thursday. But, like many retailers it will get a late start on Friday – at 5 or 6 am.

“It used to be always exciting like Black Friday’s coming around, everyone’s going to be in line, and we’re going to shop,” Pratik Chawla of San Mateo said. “We used to have literally a list of things we wanted to buy.”

The Bay Area couple won’t be waiting in any long lines this year. But San Francisco resident Hope Shazier is betting big on an in-person Black Friday experience.

“I’m going to go up to Sacramento and try to purchase me a convertible tomorrow,” she said.

“Maybe a laptop, some more clothes for family, jewelry,” Khan said. “I just got this from pandora, and they said sign up for a credit card and you’ll get 30% off.”

Holiday sales are expected to hit at least $942 billion this year. That’s up 6 percent from last year.

Betty Yu joined KPIX 5 in November 2013 as a general assignment reporter. She spent two years at WTVJ, the NBC-owned station in Miami, as a reporter before moving to San Francisco.