Home To Retire Louis van Gaal traded Algarve retirement for the Netherlands, World Cup glory would be a fitting send-off 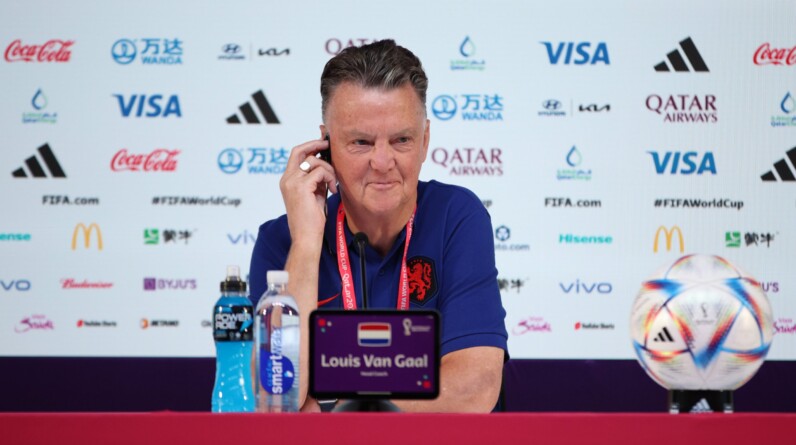 DOHA – He just couldn’t stay away.

Having kept a long-held promise to his long-suffering wife and settled for the retired life on the Algarve, there was one gap on the mantelpiece that was eating away at a retired Louis van Gaal, having achieved pretty much all there was to achieve in the club game.

In two stints in charge of the Netherlands, the colourful character had failed to win international football’s greatest prize, and when the opportunity for a third crack at the Oranje whip presented itself, Truus van Gaal’s wishes for a quieter life were again put on the backburner.

Such a move became even more of a worry for Truus when her husband took the reins and set about earning the Netherlands a spot in the Qatar World Cup and soon contracted an aggressive form of prostate cancer, finishing the qualification campaign in and out of hospital attending games in a wheelchair with a colostomy bag fitted.

But true to character, Van Gaal did all he could to hide his plight, in order to keep focus on the job. The show must always go on. Retirement on the Portuguese coast would have to wait.

And finishing that quest with the trophy he covets most, with a Netherlands side he openly admits is not blessed with anything like a golden generation of talent, would arguably be his greatest accomplishment.

Few would deserve such a happy ending more. He is not everyone’s cup of tea – some Manchester United fans did not take too kindly to his pragmatic tactics on occasion – but there are not too many others who have offered so much, on and off the pitch, as the former Barcelona boss.

In a world of overly media-trained players and managers, from whom getting a remotely interesting soundbite is often like pulling teeth, Van Gaal rarely disappoints.

On Wednesday, as he has in every press conference in Doha, Van Gaal was not afraid to speak his mind about the merits of a World Cup in Qatar.

“We have this purpose and we’re not going to have that tarnished by the actions of Fifa or whichever other organisation. But I’ve already responded … I think that’s enough.”

Then there was more of the human side to Van Gaal on show, as a young journalist said he was not going to ask a question in the press conference, but instead took the opportunity to declare he was a big fan of the Dutchman.

Clearly touched, Van Gaal sought out that journalist to give him a hug afterwards. Most would have just left it alone and moved back to talking about how their team was going to win the game. Most are not King Louis van Gaal.

The 71-year-old, who will retire again, or so he says, after the tournament as the second-oldest coach to have taken charge of a team at the World Cup is certainly building something.

Coming into their second group match against Ecuador, the Netherlands are unbeaten in 16 games in the third instalment of Van Gaal’s Oranje voyage, having scored 43 goals in the process.

It is a run brought about by the collective, rather than any individual brilliance. The formation is very Van Gaal, 3-5-2, with the slight tweak that Cody Gakpo is pushed into a No 10 role behind the two strikers.

Such a ploy bore immediate fruit with the PSV skippers’ goal in the 2-0 Senegal success, showing there is still life in the old tactician yet.

Sterner tests are to come, with several big hitters finding top gear, but when Van Gaal wants something this much, nothing, a life-threatening illness or the wishes of his wife, will come in his way.