Home To Retire A third of people to change retirement plans due to cost of living, study finds 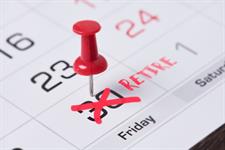 One in three (30 per cent) people will change their retirement plans because of the cost of living crisis, according to research.

The research, by Royal London, also found that a third (33 per cent) of those planning to retire in the next 5 years are changing their retirement plans.

The survey of over 2,000 general consumers aged 55 and over in June this year, and 1,000 who were planning to retire in the next five years found that just under two-thirds (58 per cent) would consider working in retirement.

Tapping into the ‘great unretirement’

Mandy Garner, spokesperson for Working Wise, said many older workers were “stuck between a rock and a hard place”, being unable to retire, yet unable to pay their bills in their current roles.

“If we want to engage older workers and encourage them to stay in or return to the workplace, we need to understand their needs; flexible working is crucial, largely owing to health issues and caring responsibilities,” she said, adding that older workers should be appreciated and valued by their employers, “otherwise they will jump ship”.

Caroline Abrahams, charity director at Age UK, said that in the current economic climate it’s “no wonder” that many are reconsidering retirement, but she said this could be beneficial to employers – but only if they are prepared to welcome older workers.

“There are some older people with a lifetime of valuable skills who might relish the prospect of staying in employment,” said Abrahams, who added that it hopes “employers recognise the fantastic and often underused skill base of enthusiastic older workers”.

Dr Emily Andrews, deputy director for work at the Centre for Ageing Better, agreed that the current circumstances following the Autumn Statement will have encouraged older people to reconsider their plans. “Many older people though may find it difficult to continue working for longer or return to the workplace, no matter how severe the financial need to, because ageism in the labour market remains prevalent,” she said.

Andrews said that while it was “encouraging” that employers are offering recruitment drives for older workers, they need to take more action to entice them in.  “More employers need to offer the type of jobs that offer flexible working, carers leave and occupational health support if older workers are going to be able to continue working for longer so they are better placed financially for retirement,” she added.

Dr Clare Mulligan-Foster, chartered psychologist and expert on later life career transitions, said HR teams must think about developing skills when it comes to career planning for older workers. “The traditional career for this demographic isn’t just about carrying on until retirement, it can also be thinking of what the opportunities are”.

Some would want to work longer, in terms of years, if they had more balance in their careers. “Organisations need to challenge their own biases and perceptions of what careers mean, especially for older workers… there has been a shift over the last few years in terms of returners, mainly people taking career breaks, and parents,” she said.

People are also living longer, said Mulligan-Foster, and the pension they decided on earlier in their career may not be enough for their current needs. “Now the cost of living crisis is making people reconsider that, and the concept of traditional retirement is really being challenged”.

She added people may reconsider their plans for financial reasons, but may also be thinking about having a better work-life balance, exploring how they could have more meaning, and seeking more autonomy.