Home To Hike What are the alternatives to hiking the official cash rate? 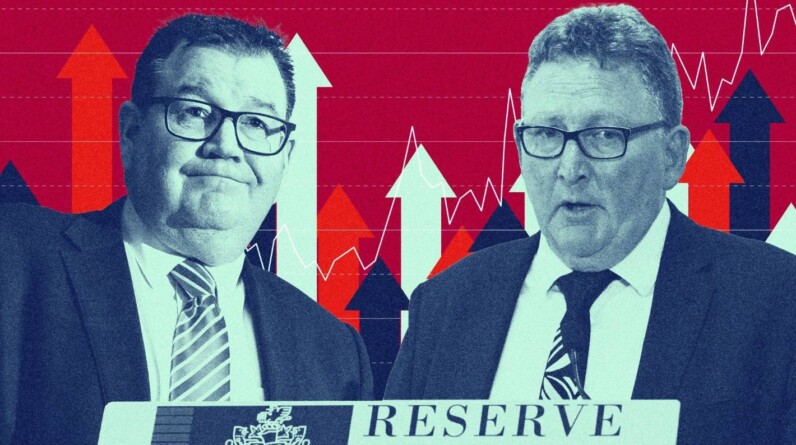 Adrian Orr isn’t threatening anybody, all he’s saying is if you don’t stop spending then he’ll crash the economy.

“Power is in the hands of the people,” the Reserve Bank governor told the Finance and Expenditure select committee on Thursday.

“You know, if you just start behaving, ‘1% different’ around inflation expectations and wage growth that makes our job easier. We don’t have to pay that cost.”

Driving down demand in the economy is the key reason the Reserve Bank is pushing the official cash rate (OCR) up.

When the OCR moves higher mortgages become more expensive and as people come off their mortgage terms they get hit with higher mortgage rates, leaving them with less money to spend.

A sharp downturn in spending can cause the economy to shrink and go into recession, something Orr admits he is engineering as a way of getting inflation down.

During a recession companies are also less likely to put their prices up because they have less certainty customers will be able to afford price increases.

Could less Government spending be an alternative to hiking the Official Cash Rate?

And the economic pain is not going to be fairly distributed. Younger homeowners who came into the market late could suffer the most since they took out larger loans, while low-wage workers are often the first to be let go during a recession. The Māori unemployment rate almost doubled in the four years after the 2008 global financial crisis.

That unfairness in outcomes is one reason why Council of Trade Unions economist Craig Renney says we should look for alternatives to using the OCR to control inflation.

“We shouldn’t be excluding something just because we’re ideologically opposed … we have to put everything on the table and say ‘what can we do to tackle that’?”

But what are the alternatives? The highest-profile suggestions include Government cutbacks, taxation, lending rules and price controls.

The pandemic reduced the supply of goods and services just as people had more cash to people pay for them – and this drove up prices.

Since demand in an economy is made up of both public and private spending, what if the Government cut back on its own spending? Could that be an alternative to hiking the OCR?

Infometrics economist Brad Olsen says Government spending has contributed to inflation and cutting it could reduce the wage inflation seen in the professional services sector.

“There is a huge amount of pressure on talent across the country, particularly across the professional services sector, which is going to be contributed to by the levels of government activity.

Olsen says things like the Government’s large infrastructure build have added to cost pressures in the construction sector too.

Renney sees some potential in the Government deciding to delay infrastructure spending until economic conditions have cooled down.

However, he also notes that spending may only be delayed a year, with the Reserve Bank predicting a recession in 2023.

Then there is tax. The hiking of goods and services tax caused an inflation spike in 2010 when the Government hiked it from 12.5% to 15%, so could a reduction bring prices down?

Renney argues a GST decrease would not be passed on to consumers in its entirety. Secondly, the lowering of prices could cause demand to rise for goods affected by supply chain shocks.

He favours a corporate tax increase with the revenue being used for something like paying down Government debt.

Renney says companies have done well over the past few years and notes profits grew by 26.2% last year.

He says this has contributed to inflation because some of those profits have been spent in the form of dividends or new investment.

Olsen is not so convinced. First, he argues many of these profits have been banked rather than spent and asks if large corporate profits are drivers of inflation, then why have they been seen in times of low inflation too?

Craig Renney says taxing corporate profits could be one way to more fairly bring inflation down.

The Reserve Bank also has other tools at its disposal, things like loan-to-value restrictions, that restrict the amount that can be loaned out on an asset.

Then there are debt-to-income ratios that restrict what people can borrow relative to their income.

Could some of these keep inflation down by restricting the amount of borrowed money being spent in the housing market?

Renney questions the ability of tools like these to reduce demand in the current environment by hitting a housing market that is already in decline.

Fisher Funds head of fixed income David McLeish says we should think about these as tools to maintain the stability of the financial system, by restricting the number of risky loans on a bank’s books, rather than as tools to influence demand across the entire economy.

“I don’t think that’s an obvious and clear tool, in my opinion, to control things like inflation or even near-term growth.”

Lastly, there is the act of controlling prices.

During the inflation crisis of the 1970s governments directly set the prices for many goods – the President of the United States even fixed the price of a hamburger at one stage – and during the 2020 Covid-19 pandemic the Government initiated a freeze on rent increases.

However, if you fix prices for too long you can cause long-term supply issues with firms unwilling to invest in new production.

Fixing prices can also distort the economy by not allowing the forces of supply and demand to naturally readjust, causing sharp corrections later.

And there’s a question of a changed political economy compared the 1970s as well. Are people as open to price controls in the present day?

Renney makes the point that many tools can work to restrain demand if they are taken to an extreme, but in reality they will not because there is a limit on how far people will go with them.

“The poison is in the measure, not the substance.

“I can suddenly take huge amounts of demand out of the economy if I was to lift the tax rate to 75%.

“It’s not so much the measure as how much you do it.”

The overall inflation rate gives a good measure of the bigger picture, but it’s just an average.

McLeish argues the inflation we are trying to fight now was actually created 18 months ago by going too far with low interest rates and high government spending – but it was only obvious this would happen several months down the line.

In the same way, launching into the most aggressive OCR hike in history could well be a mistake in the opposite direction, but McLeish says we might not realise until the economy hits a wall.

“Personally I think you’ve got to be really careful with using these tools in the first place … because there’s almost no going back.

“If you don’t use these tools in a relatively restrained manner, then you open up the chance that you have been too extreme with your policy settings.

“And that won’t become clear for many months, if not many years.”