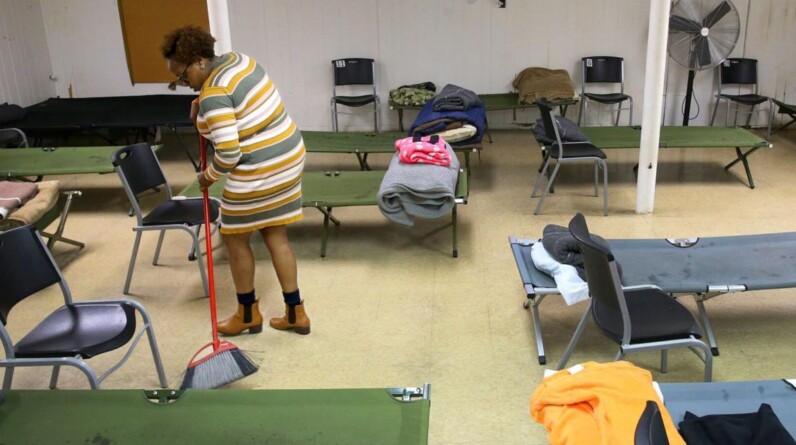 While giving a city leader a tour through Watered Gardens, my religious group’s mission in southwest Missouri, I saw Josh, a man in his later 20s, wiping down tables in the dining room. As I introduced the two men, Josh shared how thankful he was to be in a place that provided the tools he needed to overcome addiction and homelessness. He commented that he “was never required to work” in previous programs with lax qualifications for assistance, which led to his getting “in a lot of trouble.” He added, “What I really needed was this.”

Josh’s previous stay in public housing, through a Housing and Urban Development Department’s Housing First program, expected little of him — and delivered even less.

Housing First is intended to quickly connect people experiencing homelessness to permanent housing “without preconditions such as sobriety, treatment or service participation requirements.” Yet, it has the unfortunate result of trapping people in a cycle of dependency. Without support for a life change, it is no wonder Josh fell back into homelessness before coming to our facility.

One of the clearly stated objectives of the Housing First program in a 2010 report put out by the federal Interagency Council on Homelessness was to “provide permanent supportive housing to prevent and end chronic homelessness.” Ten years and $16.2 billion later, the same federal agency admitted that while “funding for homelessness assistance has increased every year,” “unsheltered homelessness increased by 20.5% nationally.”

One young homeless man named Seth admitted to me that he had left his living arrangement with his mother and grandmother because a Housing First agency worker told him that as a homeless person, he could probably qualify for a free apartment. Another homeless man looking for work told me that when he answered “yes” to an agency worker’s question as to whether he had ever suffered trauma, he was referred to a psychiatrist, given a diagnosis, and put on a housing waiting list. He later told me, “I just wanted to get a job.” No consideration was given to what his true needs were.

Increasingly at our mission, we hear that people are waiting on public housing, rather than that they’re looking for work. Work restores dignity and provides an escape from dependency, while welfare does quite the opposite.

Federal housing grants that incentivize organizations to cast a net into a community and drag individuals into a welfare trap have rules that create generational poverty and disincentivize work. This is bad for communities and worse for families. For those who truly need assistance, programs should focus on transition to independence, not total reliance on the government. But changes to the law regarding transitional programs must be cautiously approached.

During my more-than two decades of working with the homeless, I have witnessed increased numbers of unsheltered homeless alongside increased government welfare incentives. So, I was surprised to learn that my home state of Missouri was doubling down on this approach.

The recently enacted Missouri House Bill 1606 is an attempt to solve some of our state’s growing homeless challenges — but it won’t have the intended effect that some lawmakers had hoped for. Beginning Jan. 1, state and federal funds will be made available for “parking areas” and “camping facilities” to be used as “housing” for homeless individuals. Its attached fiscal note gives a hyperlink to 39 Missouri State Parks that are “possibly able to support the homeless … six months at a time.” This is a lose-lose situation.

A quick review of the bill reveals a misaligned stick-and-carrot approach. The carrot leads shelter operators to performance payments and bonuses if they meet or exceed guidelines. The stick allows the Missouri Attorney General to sue communities that don’t meet enforcement policy expectations against sleeping or camping on public sidewalks. And homeless individuals who “camp” without authorization will now be subject to a class C misdemeanor.

Essentially, government-funded “camping first” policies will incentivize publicly funded charity groups to become even more reliant on taxpayers while making criminals out of individuals who are experiencing homelessness.

All of this, on top of the grave public safety concerns with housing individuals in areas intended for family recreation, creates a lose-lose situation for the Show-Me State.

Camping First is doomed to fail for the same reason Housing First has failed — it impersonally focuses on a societal problem rather than the individual. It will not help men like Josh or Seth transition into a life of wholeness and prosperity.

Genuine compassion offers individuals an opportunity to flourish through the building of meaningful relationships with accountability. And an impersonal government increasing the scope of public housing will not result in long-term freedom from dependency for those ready to experience it.

James Whitford is the founder and chief executive of True Charity Initiative, a nonprofit organization. He and his wife, Marsha, operate a homeless mission in Joplin.

Catch the latest in Opinion

Get opinion pieces, letters and editorials sent directly to your inbox weekly!