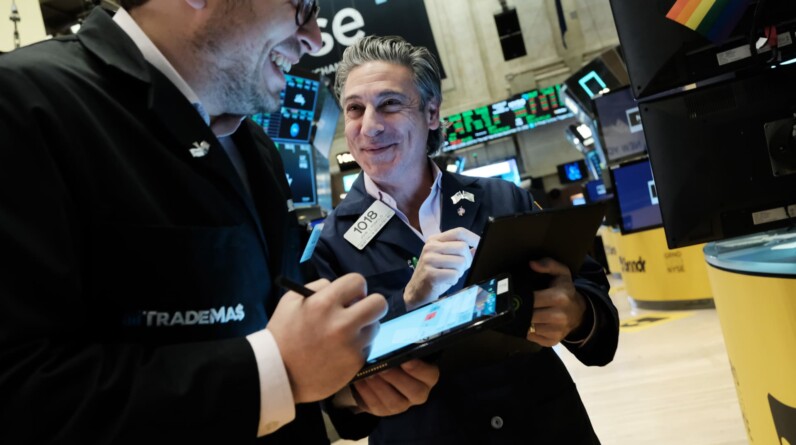 U.S. stocks rose Wednesday as meeting minutes from the Federal Reserve showed that the central bank is looking to hand out smaller rate hikes in the coming months as inflation cools off.

Shares of Nordstrom fell more than 4% after the department store chain reaffirmed its forecast. However, Nordstrom beat profit and sales expectations in its latest results, according to consensus expectations on Refinitiv. Tesla rose more than 6% after Citi upgraded shares to neutral from sell. Deere surged more than 5% on an earnings beat.

Minutes from the Fed’s November meeting signaled that the central bank is seeing progress in its fight against high inflation and is looking to slow the pace of rate hikes, meaning smaller ones through the end of this year and into 2023.

“A substantial majority of participants judged that a slowing in the pace of increase would likely soon be appropriate,” the minutes stated. “The uncertain lags and magnitudes associated with the effects of monetary policy actions on economic activity and inflation were among the reasons cited regarding why such an assessment was important.”

Earlier in November, the central bank approved a fourth consecutive 0.75 percentage point hike that brought rates to their highest level since 2008. Economists largely expect a 0.5 percentage point increase in December.

“What it really shows is you’ve got a market that’s jittery about one thing and one thing only, and that’s the Federal Reserve and what their thoughts are on monetary policy,” said aid Art Hogan, chief market strategist at B. Riley Financial. Any news that could shift the narrative around rate hikes going forward is important to markets, which are also seeing thin trading volume due to the holiday-shortened week.

Jobless claims data came in higher than expected at 240,000 for the week ending Nov. 19 where where economists surveyed by Dow Jones expected 225,000, signaling that the labor market may be weakening. At the same time, however, durable goods orders for October were stronger than anticipated, coming in at 1%, more than the 0.5% expected.

Markets will be closed on Thursday for the Thanksgiving holiday and will close early on Friday.

Correction: A previous version of this story was corrected to reflect that Nordstrom reaffirmed its forecast.