Home To Hike Before and After the Thru Hike 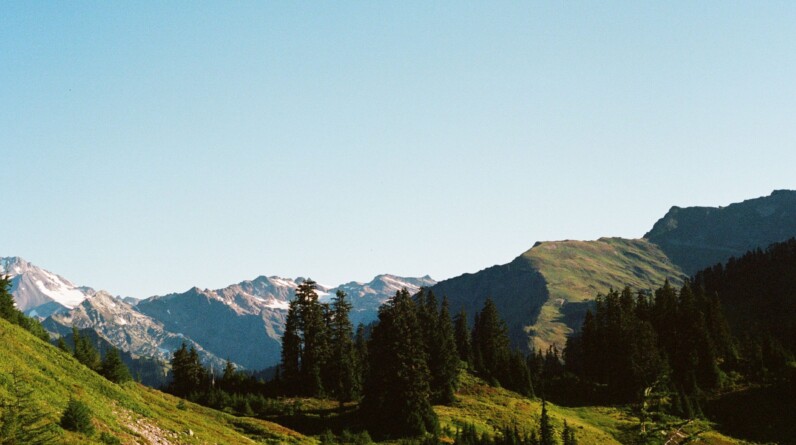 I thru-hiked the Pacific Crest Trail last summer, from Mexico to Canada. The happiest months of my life were the six months prior.

In fact, I spent much of my once-in-a-lifetime hike exhausted, emotional and pushing to get home sooner. Despite what all of the earnest blogs and vlogs on thru-hiking might suggest (or what my earnest brain picked up) I don’t think this was uncommon. It turns out that hiking for five or so months at a time is hard. My brain couldn’t accept that the montages of things going wrong would actually suck once I got out there. It was an adventure after all. The awe would be greater than the struggle.

I could be disappointed that the stoke didn’t last all hike. I could say that the PCT hadn’t been everything I’d expected it to be. I could say it was a mistake, or that I’d somehow sabotaged my own hike, squandering the life-changing experience. Those statements could be true, but for me, I think that’d be a dramatization of events that obscures the fact that the most extraordinary things in life are really just difficult.

Yes, I’ve heard that a million times a million ways. Good things in life don’t come easy. But that doesn’t mean I don’t still need a reality check once in a while.

One of my favorite ways to ground myself is to ask what would younger Allie think of me now? Most of the time, the answer is clear: she didn’t know this was an option. Childhood notions of the future are so often limited to what’s familiar, and no one around me was camping, let alone thru-hiking. My sense of my abilities were limited to the activities I tried, and there was nothing that indicated I would be able to, or even enjoy, walking long distances.

You see, I was not an athletic kid. My parents had a rule: if you score a goal, we go out to dinner. My siblings thrived on this motivation. I threw a fit in middle school the one time we went out after my basketball game. I hadn’t scored. I’d ducked when someone passed me the ball. I wanted to eat spaghetti and forget about it.

I decided I was bad at and did not like sports early on. Even when I got into cycling in college, I never identified as an athlete. For the one race I competed in, my only goal was to not end up in last. I came in second to last. Which is no surprise, given that I’d made no attempt to train effectively, or learn anything about race strategy. I wasn’t an athlete, after all. I kept upping the miles I rode, but never went back to competing.

Despite my aversion to organized athletics, I have always loved doing hard things, especially outside. My best friend introduced me to camping (of the card games and marshmallow variety) in high school, and soon I was researching backpacking gear. I picked a 42 mile trail and gave us three nights to complete it. The trip was a complete disaster–I packed cans of food (no can opener), the stove I bought didn’t match the fuel my friend had, and we bailed early on only to find the car had been impounded, tire slashed.

I loved it. I felt bad that my friend did not love the struggle fest, but I was hungry for more.

Shortly after, my grandma lent me Wild, the quintessential Pacific Crest Trail memoir, which I devoured. I filed away the PCT as a dream for later, the inevitable next step, and forgot about it for a while.

If the only consequences of a thru hike were my own sore feet and a few vacation days, I wouldn’t have hesitated. The barriers were just high enough to keep me from diving in headfirst. And as time passed and my backpacking trip became mythology I lost the initial enthusiasm I’d need to overcome fears of the unknown, of quitting a job, or of going it alone, especially since I’d ruined backpacking for my adventure partner. The PCT became a dream like that recipe you’ve always wanted to try, but haven’t bothered to buy the right spices for. Fun to talk about.

Until my friend started planning their own 2022 hike for after graduation.

I should have known I was close behind. I was volunteering to help them research gear, to train with them, to do anything to be included. I bought running shoes to train for their hike. I hated running. If I couldn’t go, I wanted to share in the fun of preparation, and there was so much to learn.

This friend and I took a trip to Glacier National Park last summer, with no itinerary and sky-high energy. We made friends in the backcountry permit line, and hiked for five days as a group of four. Naturally, a lot of our talk revolved around long distance hiking. One of our new friends asked me: “Do you think you’ll ever do a thru-hike?”

I’d love to. “No, I don’t know when that would fit into my life. I have no natural breaks or shifts coming up.” I found myself unprepared for the question, and thrilled that he’d asked. Could I do this? When could I make time?

When? When will I make time for my dreams?

It took about three weeks for me to ask my supervisor for time off. Some people describe the hope to thru-hike a trail as “the bug,” and I certainly felt feverish. I was going to do the thing. I could be one of the people I looked up to. This is when I became stupidly, giggly happy for weeks-long stretches without pause.

Anticipation is delicious, and there’s no shortage of inspiration when it comes to the PCT. I read, watched, and listened to everything I could find on hiking. While the obsession was intense, I think the happiness came much more from the permission I gave myself to try. I was facing my fears, taking charge of my time, and I was going to be so strong, maybe even an athlete.

To my delight, nearly everyone in my life was excited too. No one questioned if I was capable. Instead, there was a constant stream of questions. How will you get water? What about food? What kind of map will you use? Sometimes, the conversations lasted for hours, and I never got tired of it. Once I started hiking, the people I encountered on trail or in town had many of the same questions. There was such obvious fun in puzzling through the how of a backpacking trip, in the unknown.

The interest has been much more measured since I’ve returned home. To be fair, all the people in my life have already talked at length about the PCT. Even I am easily bored of the topic now. What’s notable is that people I meet are much less interested in what I’ve done than strangers were in what I was about to do. Aside from a less enthusiastic presentation by me, I think it’s just not as fun to learn about something final than it is to wonder at the seemingly impossible.

I don’t want to be bitter about this, or disappointed that I don’t have the easiest conversation starter anymore. Rather, I want it to be a reminder of how much I love learning and how much fun it is to be a beginner. I want to keep challenging my notions of who I can be and what I can do, if only because it’s interesting.

One of the questions I get now is whether I was able to hike the whole trail, because so often thru-hikes are derailed. It’s a simple question, but it’s not how I want to define success for this adventure, or any one that follows. Instead, I want to ask if I am willing to start the next hard thing. Did I grow my capacity for curiosity or my willingness to fail? Can I find new ways to be a beginner, and to find joy along the way?