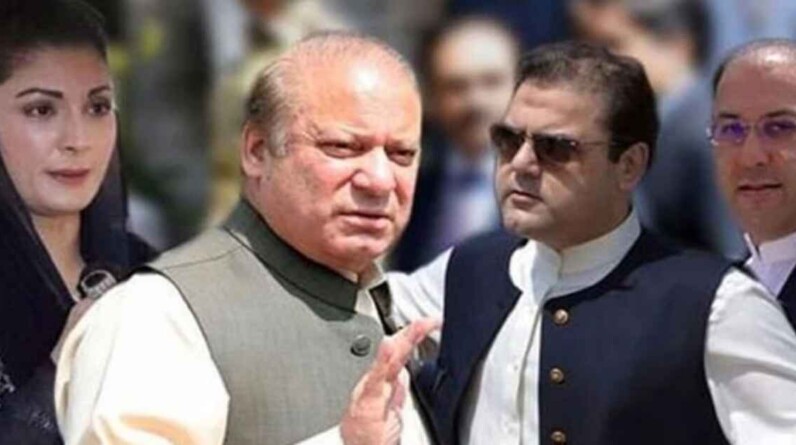 It seems that PML-N Supreme leader and former Prime Minister Nawaz Sharif, along with his family, has left London for a 10-day vacation to Europe. The trip comes as Nawaz Sharif faces allegations of being behind the murder of journalist Arshad Sharif and the assassination attempt on PTI Chairman and former premier Imran Khan.

According to the details, members of the family traveling with Nawaz Sharif include Maryam Nawaz, Junaid Safdar, Hussain Nawaz, and Hasan Nawaz. The family will be traveling to various cities in Europe for a little over 10 days, going from one destination to the other via train or air.

Read more: Maryam Nawaz finally gets her passport back

Nawaz Sharif is traveling on a diplomatic passport that was issued to him by the PML-N government last week. This is the first time in three years that Nawaz Sharif has left London. The former premier is expected to return to Pakistan but apparently, his return keeps getting delayed. There are reports that Nawaz Sharif may travel to the US after his vacation to seek medical treatment.

Interestingly, the timings of the Sharif family vacation have raised questions on social media as recently the former premier has had some extremely heavy allegations leveled against him.

“Nawaz Sharif’s departure from the UK is extremely worrying right after the sensational statement of Tasneem Chaudhry, the spokesperson of the Noon-League in Britain, that Nawaz Sharif will have to present himself to confirm the allegations of murder and attempted murder by his colleague,” PTI leader Fawad Chaudhry said.

Earlier, Tasneem Haider, claiming to be a PML-N spokesperson, alleged that the assassination plots against PTI chief Imran Khan and slain senior journalist Arshad Sharif were prepared by PML-N in London.

“I am associated with the PML-N for the last 20 years. I was summoned for the meeting to prepare a plot to assassinate Imran Khan and Arshad Sharif,” Tasneem Shah said.

“I was told to eliminate Arshad Sharif and then Imran Khan before the appointment of the new army chief,” he said, adding that Nawaz Sharif had asked him to provide shooters. He further alleged that Sharif had also vowed to spot a place in Wazirabad and the Punjab government will be blamed for the assassination plot.

Tasneem Haider Shah also revealed that PML-N was also aware of the journalist’s location in Kenya and he was told that Arshad Sharif will be assassinated in Kenya.