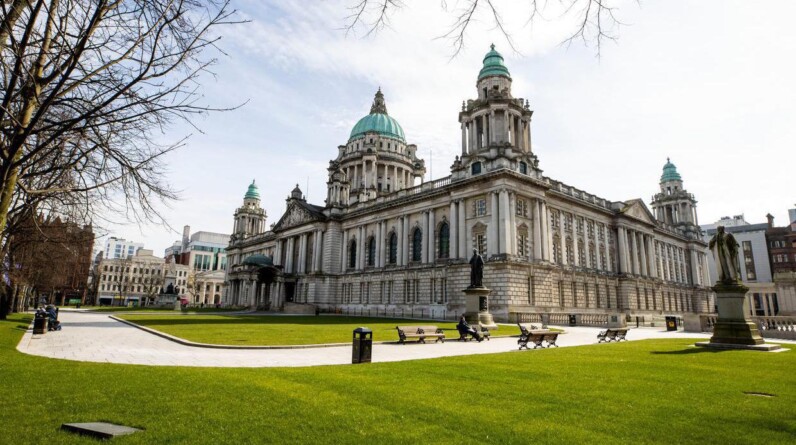 Belfast City Council is requesting financial support from Stormont and Westminster to prevent a huge rates increase next year for residents and businesses in the city.

t comes after predictions that ratepayers in Belfast could face a massive rates hike of more than 11%.

A motion by People Before Profit Councillor Michael Collins, passed by the council’s Strategic Policy and Resources

Committee on Friday, means the council will write to Stormont Ministers, the Secretary of State, and the Treasury, urging them to support a financial package of additional funding to help councils prevent big rates increases.

The proposal states that an increase in government support will allow the council to “provide support to communities, to pay fair wages to its employees, and deliver high quality services.”

People Before Profit said the motion “acknowledges the need to avoid a council tax hike during the cost-of-living crisis”.

Mr Collins said after the meeting: “I am delighted that the council will seek additional funding to help people through this difficult time.

“The 11.51% rates rise touted by Belfast City Council could financially cripple hard-hit households, so it’s crucial that we guard against this.

“People Before Profit is the only party to have consistently opposed yearly rates hikes. Ratepayers are already struggling to make ends meet and cannot afford to meet the additional costs of councils.”

An original motion posed by People Before Profit calling for a rates freeze next year was deemed legally “incompetent” by Chief Executive John Walsh.

The City Solicitor said the motion could be considered with the removal of the rates freeze elements.

This legal decision effectively counts out anything other than a rates rise next year by the council, unless direct help is given from Stormont or Whitehall.

The original motion states: “This council recognises the impact the rising cost of living crisis will have on council expenditure, and the pressure this will put on our existing budgets to deliver the same high-quality services. The council also recognises the crisis we face and will demand a heightened and increased response from local government.

“At a time when many people are struggling to heat their homes, or put food on the table, the council and its partner organisations must be adequately equipped to help navigate this crisis and provide the increased support that is needed for those struggling.

“During the Covid pandemic, local councils were allocated a financial package to help them manage the additional pressures the pandemic presented. The cost-of-living crisis is a crisis of a similar magnitude and will require additional support to be provided to local councils, to ensure they are adequately equipped to help mitigate the impact of this crisis on communities.

“The council views any effort to increase rates as a response to these financial pressures as counter intuitive. Any move to increase rates during a cost-of-living crisis will only exacerbate problems for working-class communities. It would lead to a further hike in already mounting household bills and could force more people into poverty.

“The council acknowledges the need to avoid another rates increase during the cost-of-living crisis.

“As a first step toward avoiding this, the council will write to Stormont Ministers, the Secretary of State, and the Treasury, urging them to support a financial package of additional funding to be allocated to local councils to help them manage the cost-of-living crisis. The council also commits to writing to all other councils across the north, asking them to adopt a similar position of calling for an increase of government support.

“This will help to ensure that all councils are adequately equipped to provide support to communities, to pay fair wages to its employees, and deliver high quality services during the cost-of-living crisis.”

After the paragraphs referring to a rates freeze were removed from the motion, the proposal passed without objections, despite some criticism of People Before Profit from other parties.

Sinn Féin Councillor Ronan McLaughlin said: “If you look at stand-alone costs for next year without any growth proposals, it is £6.3m for a pay rise, £3.8m on another pay rise, £4.1m on a CPI (consumer price index) increase on our waste management contracts.

“To just take these three in isolation – and that is without even talking about rising energy costs and a review on salary scales – that is £14m.

“I just don’t see where we are getting £14m from – maybe (People Before Profit) know more than me. We agree that staff need a pay increase, we agree we need a review, we are bound by a contractual obligation on the CPI uplift on waste.

“All these have to be paid for, and we want to set as low a rate as possible, but we have uncontrollable costs we have to front up and deal with. We will work together, all political parties, to try to find a safe landing zone.

“But I don’t think at this time it is particularly helpful to propose a rates freeze, just to go on social media and say “we forwarded a motion to freeze rates, look how bad the rest of the parties are for disagreeing with it.”