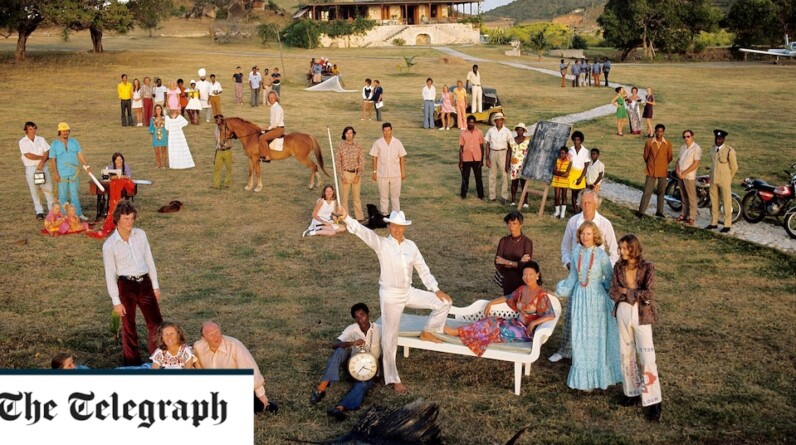 Charles is now 75 and his eponymous bar will soon turn 50. Life, which was never exactly frenetic, has slowed down. ‘I’m more of a mascot,’ he muses, sitting at one of the tables in the middle of Basil’s, his voice slow, thoughtful, punctured by bursts of laughter. This role involves sitting at the bar, eating quesadillas, chatting to diners and generally making his guests feel special. Later he will dance along to the live blues band and play a little backgammon.

It’s a dream life, but it all started with Mitchell’s one-week gamble on Charles. When the mail boat returned, Mitchell declared Charles indispensable. ‘I told her the boat was coming and she said, “Oh my God, no, you can’t leave.” I said, “I’ve no clean clothes,” and she said, “We’ll fix that!”‘ He leans back and laughs heartily. Suddenly he leaps to his feet. ‘Look, sea turtles! I swim with those every morning.’

“David Bowie was a great friend”

It sounds simple and idyllic but Charles’s life isn’t all barefoot dancing to live music and splashing about. He has three children (his two sons live in the US and his daughter is in St Vincent) and three grandchildren. He talks about various girlfriends over the years – various business ventures too, including a bar in St Vincent and a general store and wine cellar here on Mustique. Charles has two houses on the island, spends summer in the Hamptons or on Martha’s Vineyard and is a regular in the Royal Box at Ascot. He plans to go to Morocco and Paris next, and maybe on to Bali.

‘David Bowie introduced me to Bali,’ Charles says. ‘We were having lunch at his villa and he told me he got all his shirts made there.’ He pauses. ‘He was a great friend.’

I was told that Charles is fabulously indiscreet about famous guests – and he does reel off stories about becoming ‘quite friendly’ with Denzel Washington and Morgan Freeman, playing tennis with Pippa Middleton (‘a strong player’) and picnicking with Princess Margaret. But there’s clearly a lot that went on that he’s not telling – the real draw of Basil’s Bar, and Mustique, is the culture of discretion.

Colin Tennant, later Lord Glenconner, bought the 2.2 square miles of Caribbean island from a Vincentian family in 1958 for £45,000 and planned to develop it into a cotton farm. His wife, Lady Anne, was a lady-in-waiting to Princess Margaret and Tennant’s genius idea was to give the Princess a small plot on the unpromising mosquito-ridden little island as a wedding present. She built Les Jolies Eaux, a five-bedroom villa. And where Margaret went, rock stars, movie stars and tycoons soon followed.