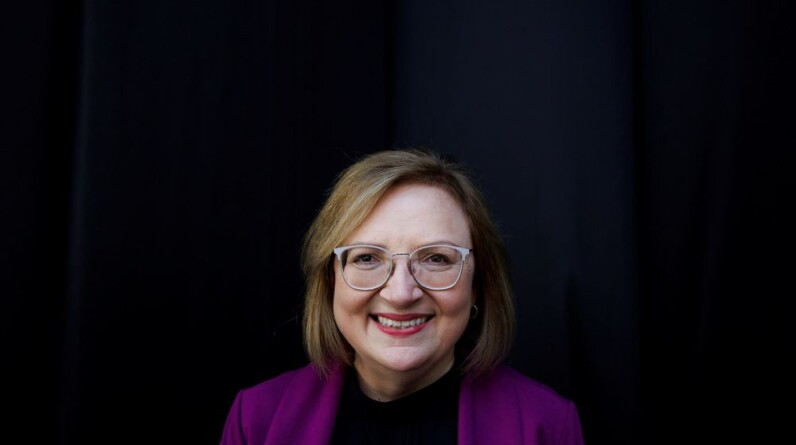 Author of the article:

Canada’s largest private-sector union doesn’t plan to ease up on wage demands despite signs inflation is easing off peak levels, complicating the Bank of Canada’s calculus heading into its last interest-rate decision of the year.

Lana Payne, president of Unifor, warned in an interview that workers need to be compensated for damage already done to their purchasing power.

Thanks for signing up!

A welcome email is on its way. If you don’t see it, please check your junk folder.

The next issue of FP Work will soon be in your inbox.

We encountered an issue signing you up. Please try again

“This has been a period of just trying to catch up,” Payne said Thursday during a visit to Ottawa, where she spent the week meeting lawmakers. “The demands are still there. Wage growth is still under what inflation is, so we still have some room where we could go here.”

Annual consumer price gains are elevated, holding at 6.9 per cent in October after edging down from a peak of 8.1 per cent in June. But increases in major wage settlements have been averaging below three per cent in the private sector so far this year, according to government data through August.

Payne’s union, and others, have been ramping up wage demands in recent months, seeking some of the biggest pay gains in a generation. While they keep their demands private, Unifor locals have recently won average annual increases of 5.3 per cent for mine workers and five per cent for logistics workers, while Teamsters Canada won salary increases of up to 7.2 per cent for dockworkers and truck drivers.

Demands are also ramping up in the public sector. A strike by education-support workers in Canada’s biggest province was averted Sunday after a tentative deal was struck that includes an average annual pay increase of nearly 3.6 per cent. Talks between Prime Minister Justin Trudeau’s government, meanwhile, and the main federal civil-service union are at an impasse, with workers demanding a 4.5 per cent raise.

The tough stance from organized labour is an obstacle for the Bank of Canada’s efforts to curb consumer price gains. It also casts doubt on governor Tiff Macklem’s assertion in a speech this month that wage pressure “now looks to be plateauing.”

Policymakers have aggressively raised the benchmark overnight lending rate to 3.75 per cent from the emergency pandemic low of 0.25 per cent that held until March. A 25-basis-point hike is fully priced in for the Dec. 7 decision, with traders putting about a one-third chance on a 50-basis-point move.

Officials at the central bank have warned the nation risks entering a wage-price spiral. In that scenario, bigger pay increases make it more likely inflation expectations become entrenched in a self-fulfilling cycle that sees companies pass on higher wage costs to customers, adding to inflation and triggering even bigger pay demands.

But Payne, and others, reject that premise, arguing inflation in Canada is caused by external factors that won’t be solved by higher borrowing costs, which will only make things worse.

“If you look at the price of groceries or housing or any of these things in Canada right now and throw interest rates on top of it, it’s tough,” said Payne, whose union represents 315,000 workers across Canada. “The concern is if rates continue to go up, what does that mean for any kind of potential slowdown?”

She called for the Bank of Canada to pause its rate hikes and avoid a big downturn that could ultimately lead to higher unemployment. There are already signs of an economic slowdown in the forestry sector, which can be an early indicator, she said.

“It takes a while for those things to filter into the system,” she said. “We have to ask ourselves is this so-called medicine to bring down inflation worse than the so-called disease.”

Payne, along with about 50 representatives from the union, held meetings with lawmakers and ministers to discuss Canada’s affordability crisis, the government’s proposed anti-scab legislation, and changes to the employment insurance program.

—With assistance from Erik Hertzberg.

Postmedia is committed to maintaining a lively but civil forum for discussion and encourage all readers to share their views on our articles. Comments may take up to an hour for moderation before appearing on the site. We ask you to keep your comments relevant and respectful. We have enabled email notifications—you will now receive an email if you receive a reply to your comment, there is an update to a comment thread you follow or if a user you follow comments. Visit our Community Guidelines for more information and details on how to adjust your email settings.