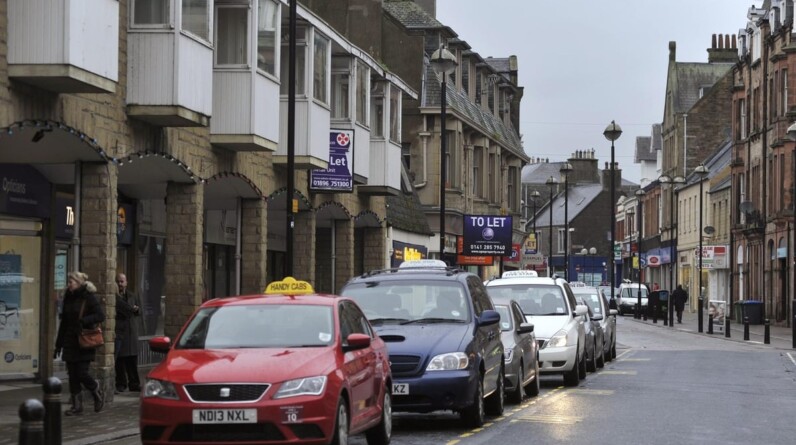 The hike in taxi tariffs will be implemented next month in the run-up to Christmas.

Taxi passengers in the Scottish Borders face a post-Christmas fare increase after a 4.6 per cent hike was endorsed today, Tuesday, November 15.

The taxi tariff rise agreed by the council’s Executive Committee follows a consultation with both the taxi operators and members of the public.

Committee members accepted that the decision would place additional financial pressure on the travelling public during the current cost of living crisis.

But that was balanced against the fact that a decision on a proposed increase was deferred in 2021 due to Covid-19 and drivers having to face ever-rising fuel costs with the threat of some going out of business.

It was agreed that the increase come into force on December 20.

Tweeddale East ward’s Councillor Julie Pirone and Selkirkshire’s Councillor  Leagh Douglas called for a delay in the rise being introduced until after the traditionally busy Christmas period, a move overruled by the majority of the committee due to the pressures on the taxi trade.

Councillor Pirone said: “We are talking about putting prices up just before Christmas when most people will use taxis and I have slight concerns, given that we all know that over the Christmas period most buses and trains are on reduced services so taxis are the mode of transport, particularly in rural areas.”

The council’s acting chief executive David Robertson said: “What we are trying to do here is balance the needs of the travelling public with the need to ensure that taxi operators continue their business and the very worst outcome for us would be effectively driving taxi operators off the road for not allowing them to charge a rate for their services which allows them to continue trading. Fuel costs have been rising north of 10 per cent and this is a sort of balanced recommendation to try and reflect the increased costs the operators are facing.”

Mid-Berwickshire’s Councillor Mark Rowley added: “We need to put our big boys pants on. I think to defer a decision for a week or a day wouldn’t be wise. This is already a compromise, we are giving taxi operators only a portion of their increased costs, it has already been deferred from 2021. It’s the job of councillors to take decisions and I think we need to take this decision today, even though we have mixed feelings about it.”

The on-line consultation led to a total of 68 responses, with 48 disagreeing with the rise and 20 agreeing with it.

The local authority is required under law to carry out a review of fares every 18 months but that exercise was postponed in 2021 as a result of operational pressures associated with the Covid-19 pandemic.

After the last review in September 2019 a 3.7 per cent tariff increase was agreed.