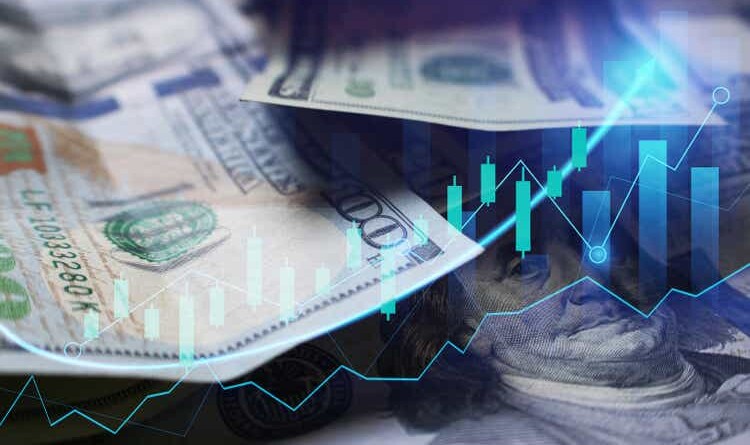 “Only those who risk going too far can possibly find out how far they can go.”

The idea behind my retirement nest egg that I call my No Guts No Glory portfolio, began back in 2014. I first introduced the concept of my NGNG portfolio to Seeking Alpha readers in 2016 in one of my first published articles. Prior to that, I was not a very active investor other than contributing to my employer 401k plans when I could.

Back in 2001 I was in my early 40s, had just gone through a nasty divorce and child custody battle, and suffered a period of under-/unemployment from 2001 (post-911 recession) until I landed a contract position in Las Vegas with the Southern Nevada Water Authority in July 2004. As a result of the attorney’s fees from my divorce, living off my previous life savings from 20 years of working as a specialist in Geographic Information Systems, GIS, and trying to keep my house in Colorado that I had bought 10 years earlier, I found myself in a predicament. I had over $80,000 in credit card debt, had no income, was paying child support for a daughter I was not even allowed to visit, and had a mortgage to pay.

Thankfully (and I have a lot to be thankful for this year as we approach Thanksgiving), I landed the contract position in Las Vegas in 2004 that paid a substantial hourly wage in addition to an expense allowance since I had to essentially relocate temporarily from Colorado to Vegas.

Then my uncle passed away unexpectedly and left me an inheritance in late 2007. At the time I was working with a financial advisor who suggested that I invest it all in mutual funds. I would have to pay some RMDs (my uncle had just reached RMD age before he died) but otherwise did not plan to withdraw much and hoped it would grow over time. Then in the market crash of 2008/9, I was forced to sell some of my inherited funds at a loss to pay a share of inheritance tax that I did not realize that I owed. I lost about 30% of my inherited income before I moved it all to cash in 2009.

After that experience, I decided to manage my own investments. In 2008 as my contract in Vegas was nearing its end, I managed to land a job back in Colorado with a steady paycheck and a 401k plan. I used some of the remaining inherited funds to buy a house in Golden, Colorado where I raised my daughter and put her through college. I invested in my employer’s 401k and started up an individual IRA account in 2014. That is when I decided to start my No Guts No Glory portfolio to supplement my 401k savings and the pension that I would eventually receive once I retired.

Now, fast forward 8 years and that IRA has grown substantially. I am not sure when I really started tracking it in detail, but I have a spreadsheet from 2019 when I started charting the monthly changes to the account balance and dividend income received. When I started the year, the amount in my IRA was about $28,000 after five years of contributing an average of just under $5,000 per year. By the end of that year that account balance had grown to $43,500 with the help of a $7,000 contribution (I turned 60 that year and was allowed to bump up my contribution amount).

I have continued to invest in both my 401k and 457b plans at work (they offer both, so I have been contributing to both for the past 14 years), in addition to continuing to max out my annual IRA contributions. In addition, I was able to do an in-service rollover of some of my 401k funds in June of this year to increase my IRA balance considerably. My IRA with TD Ameritrade (now Schwab) also offers me more flexibility beyond the dozen or so mutual fund offerings in the 401k plan.

As of today, my account balance in the IRA is about $154,000 and I have that balance invested in 39 different holdings. Because I can take more risk in my IRA knowing that I have a constant income stream from my pending pension when I retire next year at age 64, and Social Security when I decide to take it (probably at my full retirement age), I am focusing on high yield income vehicles in my No Guts No Glory portfolio. According to my October account statement, my holdings provide a 14% yield which amounts to more than $20,000 in estimated annual income, assuming no distribution cuts.

Up until this year I had been investing in a mix of growth stocks like Apple (AAPL), Advanced Micro Devices (AMD), and Alphabet (GOOG) (GOOGL) along with several BDCs, REITs, and CEFs that offer high yield distributions, and was reinvesting most of those distributions. But now, after meeting with a retirement planner who ran my numbers to help me estimate my retirement income with all the options available, including a partial lump sum distribution along with a lifetime annuity from my pension plan, and estimated Social Security income, as well as income from my IRA, I have adjusted my investment mix.

Everyone’s situation is different and mine is rather unique in that I will have the ability to rollover my additional 457b and 401k holdings once I retire along with the partial lump sum payment from my pension, which is substantial.

The really good news is that, with the income generated from my IRA, I will be able to postpone taking my Social Security until full retirement age (66 years and 10 months for me), but still retire “early” at age 64 next year by taking some of my distributions as cash rather than continuing to reinvest them. When my portfolio was in the growth stage (up until this year), I was turning on DRIP (dividend reinvestment plan) for most of my dividend paying holdings. Now, except for several funds that offer discounts to DRIP, I will be taking most of my distributions as cash to supplement my other monthly income so that I can get a larger SS payment that will adjust higher as I grow older.

For those of you who are still growing your income portfolio, I suggest that you take advantage of the several high yield income funds that do offer a discount to participate in their DRIP program. Some of the funds that I own or am aware of that do this include Eagle Point Credit (ECC), Oxford Lane Capital (OXLC), XAI Octagon Floating Rate & Alternative Income Term Trust (XFLT), Cornerstone Strategic Value fund (CLM), Cornerstone Total Return fund (CRF), RiverNorth/DoubleLine Strategic Opportunity Fund (OPP), and RiverNorth Opportunities Fund (RIV).

One reason why I have been successful at growing my portfolio account balance, even in 2022 during a bear market, is because of dividend reinvesting and buying additional shares at lower costs as the market price drops, further increasing future income streams. To fuel that income growth, I used capital gains (not taxed in an IRA) from swing trading growth stocks such as Apple, Alphabet, and AMD and would then use that cash to purchase additional shares of discounted CEFs, BDCs, or REITs that offer high yield income streams.

I also own several BDCs that offer a relatively high dividend yield and many of them benefit from rising interest rates. Some of the BDCs that I own and like right now include Ares Capital Corp. (ARCC), Carlyle Secured Lending (CGBD), and CION Investment Corp. (CION), which I wrote an update on in September.

“Twenty years from now you will be more disappointed by the things you didn’t do than by the ones you did do. So throw off the bowlines. Sail away from the safe harbor. Catch the trade winds in your sails. Explore. Dream. Discover.”

Twenty years from now I may be dead. But in the meantime, I plan to reap the rewards of my long 40-year working career while I am still young enough to enjoy it. I hope that some of this information helps others to realize their retirement dreams, or at least provides some food for thought if you are interested in a passive income stream from your investments.