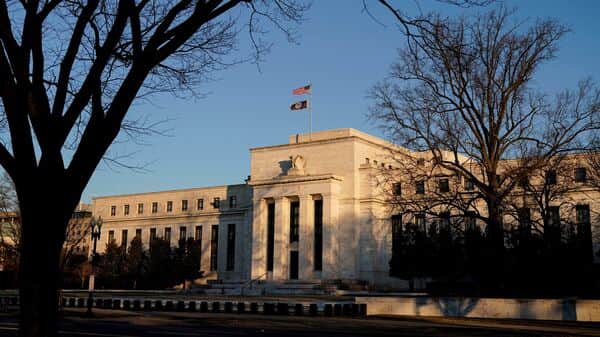 As the Federal Reserve raises interest rates to cool the economy and slow inflation, it is contending with the imprecise and inconsistent effect of monetary policy on the economy.

The Nobel Prize-winning economist Milton Friedman famously argued that “monetary actions affect economic conditions only after a lag that is both long and variable.” Since it can take years before the full effects of tightening become apparent, the Fed tends to move incrementally, adjusting policy gradually while scrutinizing economic data for signs of its effects.

In the current state of the economy, the Fed doesn’t have the luxury to act slowly. Inflation has risen rapidly to a level not seen in decades. The central bank has been forced to slam on the brakes. This less-incremental approach raises the risk that Fed officials overdo rate increases, plunging the economy into a deeper recession than is needed to tame inflation.

The Fed this year has been raising rates at the fastest pace in four decades. Chairman Jerome Powell has said this pace is appropriate “given the persistence and strength in inflation and the low level from which we started.”

Capital markets tend to be sensitive to Fed rate increases. Stocks and bonds typically anticipate the Fed’s moves, especially when Fed officials telegraph those moves in advance, as they have this year. Higher rates make bonds and bank deposits more attractive. They also weaken the economy and corporate profits. That induces investors to move away from stocks.

Bonds now offer the highest yields since 2007. The S&P 500 peaked in January of this year, more than two months before the Fed began hiking in March. Lower stock prices reduce consumers’ wealth and their spending.

Higher Fed interest rates damp the housing market by raising mortgage rates and making homes less affordable. In the past quarter-century, moves in mortgage rates have occurred in anticipation of Fed rate increases, as shown in the chart below. In Mr. Powell’s words, “Markets are thinking, what’s the central bank going to do?”

The Fed didn’t hike until March 2022, but for the housing market, tightening started in January 2021, when mortgage rates started rising. They have since risen by more than in any cycle since 1981.

Declines in home construction that follow Fed rate increases can take years before they bottom out.

The Fed likely won’t be satisfied that its tightening has been sufficient until it can be confident that it can avoid wage-price spirals, when rising prices and wages reinforce each other.

Ideally, this would happen without unemployment rising—a so-called soft landing, which occurred in 1983-84 and 1994-95. But when inflation starts out too high, as it is now, unemployment usually rises notably, and a recession occurs.

Historically, this doesn’t happen until several years after the first increase. This time could be different, since the Fed is hiking more aggressively.

Typically, inflation has only fallen after unemployment has risen, and long after the first rate increase, but the exact timing has varied. If the fall in core inflation (which excludes the volatile food and energy components) between September and October continues, and September proves to be the peak, the time between the first Fed increase and the high point of inflation will be one of the shortest of any Fed hiking cycle.

Often, the break in inflation has been accompanied by a recession. But recent economic readings have been strong—the economy grew in the third quarter, job openings remain high and jobless claims remain low. Whether the economy escapes a recession now hinges to a large extent on whether that fall in inflation continues apace.