Home Trending News This father has been separated from his family for years. He blames this Australian government policy 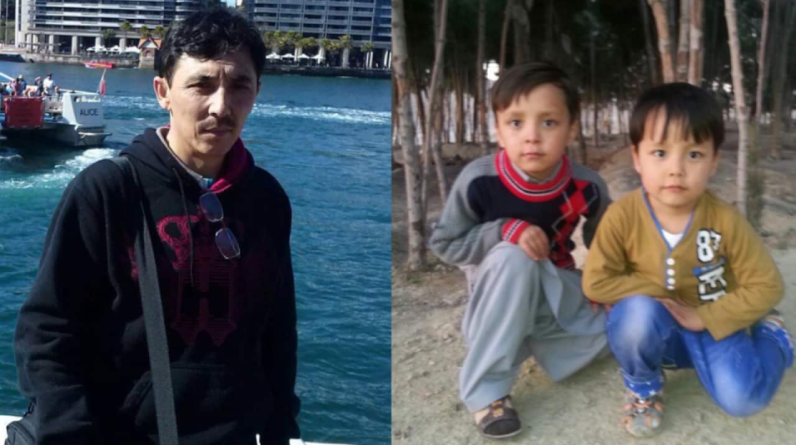 KEY POINTS:Refugees who arrived by boat are given ‘lowest priority’ for family reunification visas.The Albanese government says it will abolish the rules for Afghan refugees in Australia.Refugee advocates say more work needs to be done to improve the system.It’s been 12 years, and Ghulam Ali Mohammadi still waits. He waits to hug his children again, to watch them grow.”It has been really tough,” the Hazara Afghan refugee told SBS News, speaking in Dari. “I don’t have the joy and happiness that all human beings deserve.”My children are suffering as well.”

Mr Mohammadi’s wife and three children, aged between 12 and 17, are hundreds of kilometres away in Pakistan, where they’ve fled to from their home in war-torn Afghanistan, which is now back in the hands of the Taliban militant group.

Afghan refugee Ghulam Ali Mohammadi’s children when they were younger.

He left Afghanistan without them and reached Christmas Island by boat in 2012 – and because of the method of travel he sought refuge in Australia through, he feels he’s paying the consequences.Two years after his arrival, the-then Abbott government announced refugees who arrived by boat would be “given the lowest processing priority” for family reunification visas. “This means their applications will not be processed for several years,” the announcement from the immigration department at the time said.

Mr Mohammadi, a permanent protection visa holder, applied to bring his family to Australia in 2015.

But because of the ‘lowest processing priority’ directive, he says he’s never given an outcome.“It’s been my wish for so long to have my family with me,” he said.”I applied for a visa for my family in 2015, but every time I ask, they tell me it’s still ‘processing’ and nothing happens,” he said. Mr Mohammadi, who has travelled to Pakistan to visit his family four times in the past decade, said he and his family have suffered from their separation imposed by the system.

“Please stop this harsh policy; it has affected my mental health and it has being going for too long.”

On Saturday, the government did exactly that.

Immigration Minister Andrew Giles announced the Labor government would remove priority restrictions on Afghan refugees who arrived by boat with permanent visas trying to sponsor their family members to come to Australia.

Under this change, family visa applications where the sponsor or proposer is a permanent visa holder who entered Australia by boat no longer receive the lowest processing priority in the family visa stream.

“The government is improving the family reunion pathways for these permanent visa holders, many of whom have been separated from family for over a decade, exacerbating mental health issues and imposing great and enduring uncertainty on their lives,” Mr Giles said.

“This will help enable family reunion for the many Afghan-Australians who remain separated from close family members as a result of the current Ministerial Direction.”

What does a priority change mean?

It means their applications will now not be “deliberately” placed at the bottom of the queue, Senior Solicitor at the Refugee Advice and Casework Service, Arif Hussein said.This was now “one less hurdle” for them in their bid to be with their families again.The policy seemingly only applies to Afghan refugees. “There are thousands of people in Australia who waited four years now to be reunited with their families, and the Australian government have continued to give them the lowest priority in that process,” Mr Hussein told SBS News.”That deliberate policy of denying people formal reunification has been removed.”Mr Hussein said the government’s decision could mean some of the Afghan refugees living in Australia could finally reunite with their families after years of separation.

Some refugees can now leave the country – but with permission

Another change announced by Mr Giles will allow asylum seekers on temporary protection visas (TPV) and safe haven enterprise visas (SHEV) — which allow people to stay three and four years respectively in Australia — to travel overseas.But they still need permission from authorities to do so, and can’t go back to the country they fled from. Zaki Haidari, a Hazara Afghan who fled Afghanistan 10 years ago and is living on a safe haven enterprise visa, said it was “heartwarming” to be able to travel, and he plans to make the most of it by visiting his family.

“It was really hard, especially for people like myself from Afghanistan,” he said.

“Our families managed to get to Pakistan, Iran and Malaysia, and we couldn’t see them.

“It was really heartbreaking … not being able to see them.”

More needs to be done for refugees: advocates