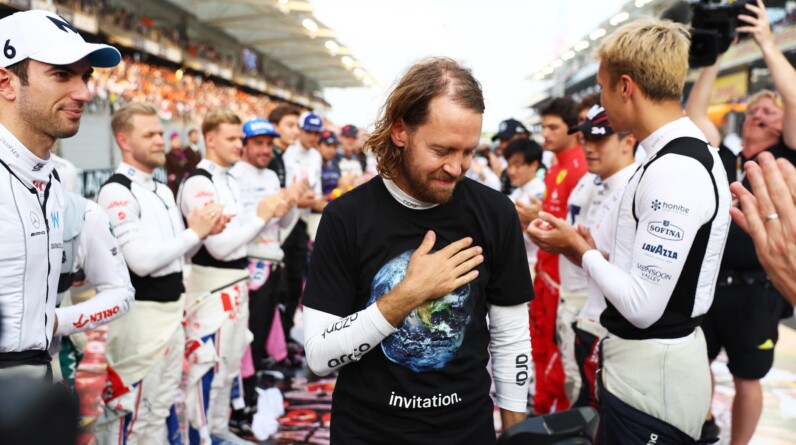 Sebastian Vettel said he felt “empty” after his final F1 race at the Abu Dhabi Grand Prix on Sunday.

The German is a four-time world champion but has been off the pace in recent years, and declared earlier in the season that this campaign would be his last.

While his former rival Lewis Hamilton said he still expected Vettel to be back, it appears that the 35-year-old was happy to call time on his career despite his discontent that he could not do better than 10th at the Yas Marina, in a race won by Red Bull’s Max Verstappen.

Vettel ended his season battling Daniel Ricciardo, another outgoing driver, for ninth place, but the Australian held on, meaning that Vettel’s Aston Martin were unable to leapfrog Alfa Romeo in the drivers’ championship.

Speaking to Sky Sports after completing his race, Vettel seemed more bothered by dropped points as a result of a one-stop strategy than he did the end of his Formula One career.

“You know how it is,” he told Jenson Button. “I wish it was a couple more points. I enjoyed the race, it was a different warm-up to get into the race but once green lights go off it’s full-on race mode.

“I think we did not go to the best strategy but I think we could have turned it around for the constructors’ championship.”

He added: “Obviously we opted to stay out when the tyres were getting older, but once we committed to the one stop that was it. Not so enjoyable when you’re going backwards, but I couldn’t get close enough [to Ricciardo] and it was nice to fight with him and [both] finish in the points.”

However he admitted that, “I’m sure I’m going to miss [racing] more than I understand right now.”

Vettel then said, “I feel a bit empty to be honest,” before acknowledging the crowd and explained some of the thoughts that had led him to retire, as the last couple of years saw him focus more on social causes than challenging at the peak of the sport.

He told the supporters: “It’s great to see we can inspire you with what we say and do, there are far more important things than driving around in circles but it’s what we love to do.

“It’s been an absolute joy throughout my career so thank you, thank you.”

‘He’ll be back’ – Hamilton predicts F1 return for Vettel