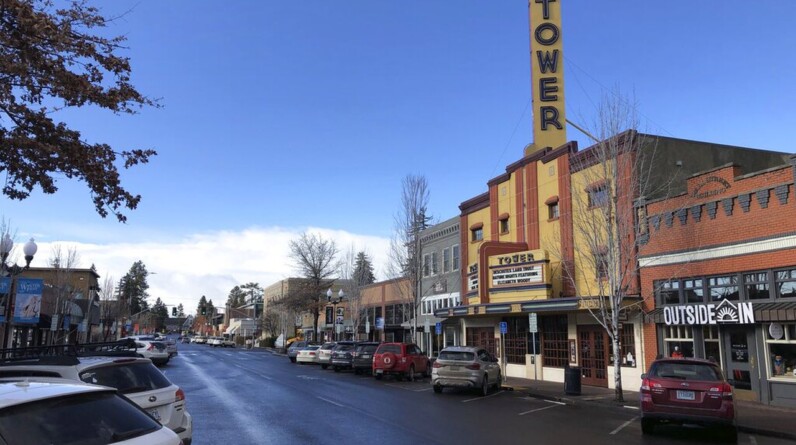 City Council members in the central Oregon city of Bend have approved strict new rules for homeless camping that will limit where, when and how people can live outside, as a growing number of cities across the state, including Portland, seek to control encampments amid a surging homelessness crisis driven by an affordable housing shortage and the coronavirus pandemic.

OPB reports that the code change, approved Wednesday, will require people camping on city property and public right-of-ways such as sidewalks and landscaping strips to move locations by 600 feet, or one block, every 24 hours. Camping in residentially zoned areas will be banned completely.

To prevent large encampments from forming, the new measure also regulates how big camps can be — no more than 12 feet by 12 feet — and how far apart they must be — no closer than 150 feet. Only three camps per block will be allowed.

Additionally, the code dictates what homeless people can possess while living outdoors. Only items considered by the city as necessary will be allowed. The storage of property such as generators and household furniture will be prohibited, unless related to “camping, sleeping, or keeping warm and dry.”

The controversial code change elicited emotional reactions during Wednesday’s meeting — mirroring similar contentious debates elsewhere in Oregon, including Portland, as cities across the state struggle to address homelessness on their streets.

As in other Oregon cities, Bend officials have found themselves in the middle of heated public wrangling over encampment sweeps. Bend has come under growing pressure from some residents to clear camps, but the vast majority of people who testified during Wednesday’s meeting urged councilors not to pass the code change, according to OPB.

Councilor Mo Mitchell, who voted against the code, said they thought the change “causes a lot of harm,” expressing concern that it was passed too quickly and would only further criminalize homelessness in the city.

“My concern is that it’s going to result in a lot of police involvement,” Mitchell said. “Police are not trained in a way to understand some of these complexities.”

Councilor Melanie Kebler Kebler, the city’s mayor-elect, said the purpose of the code was to lay some ground rules about what kind of camping would be allowed.

“Our community has been asking for some clarity,” Kebler said. “I think that we are moving to achieve that.”

Previously, Bend had no code on the books regarding camping on city property. The city could only remove a campsite if it was declared a public safety hazard and had received a 72-hour eviction notice, something City Manager Eric King has done on multiple occasions the past two years, OPB reports.

How the city will enforce the code remains unclear and is not spelled out in the code. City officials have stated that discussions on establishing administrative rules will begin in December and run through March.

The 2022 point-in-time count tallied at least 1,300 unhoused adults and children in Central Oregon, and noted Bend in particular has several hundred fewer shelter beds than are needed, according to OPB.

Elsewhere in Oregon, Portland City Council recently passed a measure that bans street camping and established designated areas where homeless people will be allowed to camp. The measure is slated to fully go into effect in 2024.